In recent years, cyber attacks on a serious scale have become a matter of concern to states, due to the threat they can pose to national security, but also a potential foreign policy and military tool to be added to existing options in their arsenals. While international law is still struggling with defining norms on state actions in cyberspace, the latter is now increasingly viewed as a fifth domain of warfare. 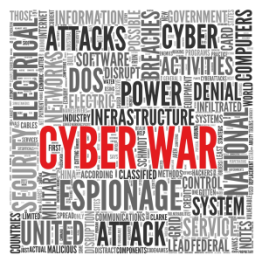 Although, for the time being, no cyber attack is known to have provoked death or physical damage to human beings, an ever growing number of states around the world are preparing for conflict in the cyber domain, and, in this context, have been developing national doctrines, cyber-defence strategies and defensive and offensive capabilities for cyber warfare.

The definitions surrounding ‘cyber war’ and ‘cyber defence’ are still widely debated, and indeed have become a burgeoning topic for international legal scholars, along…