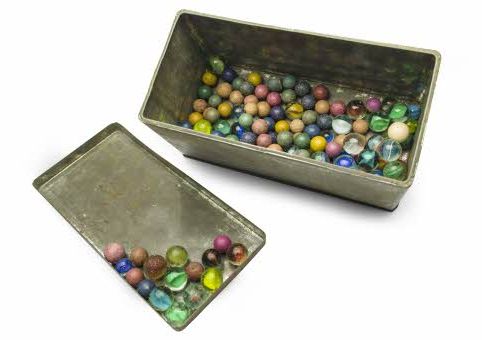 Translated from NOS TV in the Netherlands:

Almost seventy years after the Second World War toys owned by Anne Frank have resurfaced. A neighbour of the Frank Family on the Merwedeplein in Amsterdam brought a can with Anne‘s marbles to the Anne Frank House.

The girl next door, the now 83-year-old Toosje Kupers, says she got the marbles when it became clear that Anne and her family had to hide. She says she had never realized that the toys would be so valuable for the Anne Frank House.

The marbles are on display at an exhibition in the Kunsthal in Rotterdam which the king will open tomorrow.